PETERLE - 2014
From Lanzarote to Bavaria

This is the story of a tourist from up North who came to Lanzarote on holdiays for 2 weeks and fell in love with a small black kitten.
Peterle, as she called him, waited patiently every morning for the patio curtains to open, and spent most afternoons and evening at her side.
When she left it was a drama, but Peterle managed to find his way to the nearest Freddy's Cat House feeding station. He got regularly cuddled by Freddy,  who had been asked to look after him.

The tourist from up North could not forget Peterle. Unable to take him on herself, she started to look for a home. One day, her next door neighbors' cat sadly died. A few weeks later she could convince them to take Peterle as their new pet.
Six months had passed, Freddy caught and brought Peterle back to his home.  He took him several times to the vet, arranged for his passport and found a great couple from Munich prepared to take him on the flight back.
The day before leaving Lanzarote, one of Freddy's friend took Peterle back home and drove him the next morning to the airport, where Freddy, Claus and Christine were already waiting for him. Peterle traveled on Claus' knees and was greatly looked after.

The tourist from up North drove to Munich airport, collected Peterle and they both headed towards the country side where she was living.
Then, the unbelievable happened. Once in the house and set free, Peterle run out of his basket and hid behind a cupboard. So she called him gently and the next minute he came out, rubbing his fur against her legs.

It took Peterle about 2 1/2 months to really trust his new family members and to find the courage to face the outside immensity, full of colours, new smells and noises.
Today, Peterle still loves his food and he adores his new owners. He enjoys the large house he is living in and the freedom of a 3,000 square meter garden which opens to fields. And of course, he keeps enjoying the daily visit of this tourist he had not forgotten and stopped loving all this time.

Thank you Freddy, Christine and Claus. 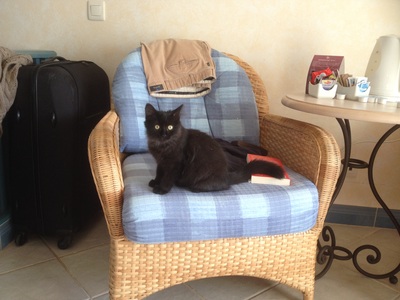 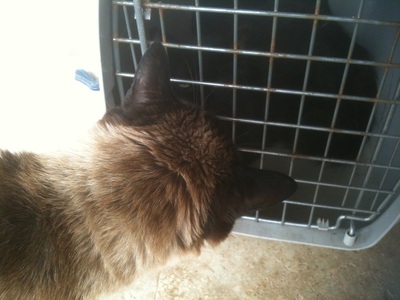 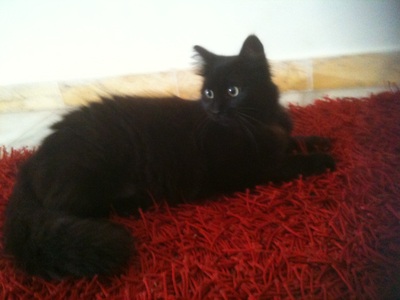 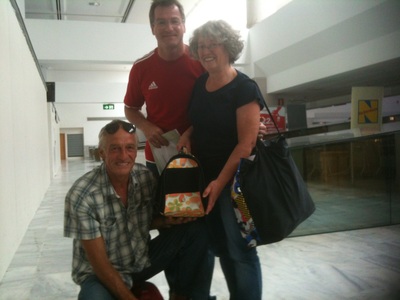 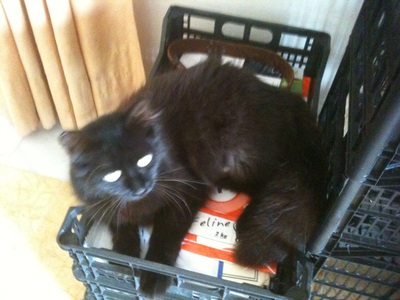 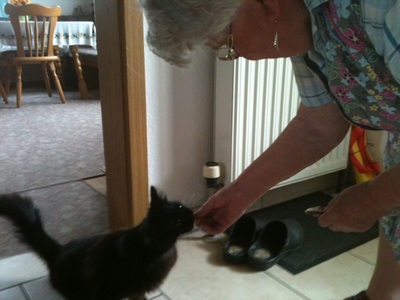